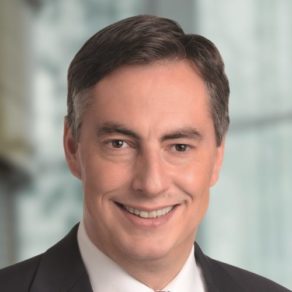 David James McAllister was born in Berlin on 12 January 1971. His father was from Glasgow and, as civilian official for the British Army, was stationed at a number of bases in Germany from 1955 onwards; prior to that, he had served in the 51st (Highland) Division of the British Armed Forces during the Second World War. His mother was a teacher of German and music. David and his two sisters grew up on a British base in Charlottenburg. He was raised bilingually in German and English, and initially went to a British primary school. In 1982 his family moved to Bad Bederkesa in the Cuxhaven region.

David McAllister received a scholarship from the Konrad-Adenauer-Stiftung to study law at the University of Hannover between 1991 and 1996. In 1996 he passed the first state examination in law. After his training as a junior lawyer, he took the second state exam in 1998 and has been a lawyer ever since.

At the CDU’s regional party conference on 14 June 2008, McAllister was elected regional Chair of the CDU in Lower Saxony, receiving 98.9% of the votes. He held this Office until 26 November 2016.

In 2014 McAllister was the CDU’s lead candidate in the European Parliament election campaign and was elected MEP. In November 2014, he was elected Vice Chair of the International Democratic Union (IDU) in Seoul and has been Vice President of the European People’s Party since October 2015.

In August 2003 he married the lawyer Dunja McAllister, née Kolleck. The couple have two daughters and live in Bad Bederkesa. 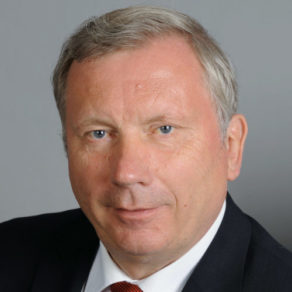 Norbert Brackmann has been the Federal Government Coordinator for the Maritime Industry since 11 April 2018. As the Federal Government Coordinator for the Maritime Industry, Norbert Brackmann coordinates and brings together the Federal Government’s measures to strengthen Germany’s international competitiveness in the fields of shipbuilding, maritime shipping, the port industry and marine technology. He has been a elected Member of Parliament – German Bundestag since 2009. From 2015 to 2018, Mr Brackmann was a Spokesman of the CDU/CSU parliamentary group on the                    Budget Committee.
The lawyer has been working for NDR in Hamburg since 1982 (currently on leave of absence); initially as an advisor to the Radio Programme Director, from 1985 to 2000 as Head of the Radio Broadcasting Department, and since 2000 as Head of the New Media Department, which he had previously established as the Director-General’s staff unit. In this function, he was responsible for NDR’s Internet and teletext services, the ARD community facility tagesschau.de and NDR’s intranet. With his election as a member of the German Bundestag in 2009, he is on leave of absence. Norbert Brackmann was co-founder of Digitalradio Nord GmbH, founded in 2000, and was one of its managing directors until 2010. 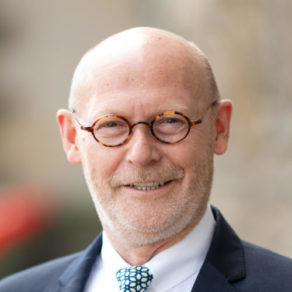 Minister for Economy and Innovation of Hamburg

and Africa, various positions in these regions

for communication systems and for organising

and approving IT and communication systems in China,

Degree in computer science at the B.I.B. International College Paderborn

Apprenticeship as a high-voltage electrician

Honorary offices and other positions

Hamburg Innovation Port, chairman of the advisory board

HASPA Finanzholding, member of the board of trustees

Nordmetall-Stiftung, member of the executive board

Hamburg University of Technology, member of the university council

Association for the Promotion of the Renewable Energy Hamburg Cluster, chairman of the executive board 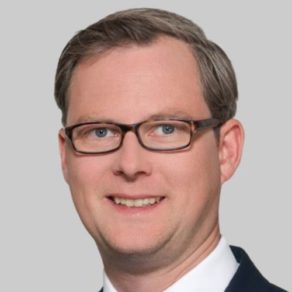 State Secretary in the Ministry of Economy, Transport, Labor, Technology and Tourism of Schleswig-Holstein

Since June 28, 2017, Dr. Thilo Rohlfs State Secretary in the Ministry of Economy, Transport, Labor, Technology and Tourism of Schleswig-Holstein. He is a doctor of law. After starting his career in a law firm in Kiel in 2012, he will be working as the head of the Department of the Environment, Local and Regulatory Affairs in the district of Rendsburg-Eckernförde. In 2016, he is appointed judge at the Schleswig-Holstein Administrative Court and works in the areas of police and regulatory law as well as traffic law. He was born on September 18, 1979 in Eckernförde, is married and has two children. 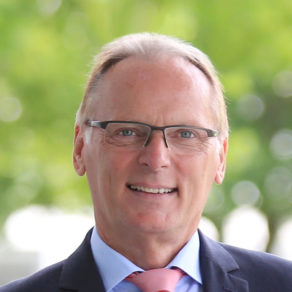 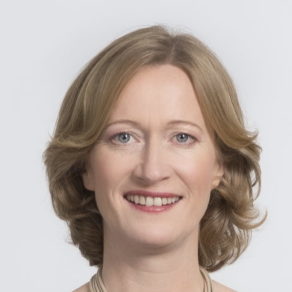 Head of the Executive Board of BDEW

Kerstin Andreae has been the Chairwoman of the General Executive Management Board of German Association of Energy and Water Industries (BDEW) since November 2019. She studied economics at the University of Freiburg and started her political career as member of the Municipal Council of Freiburg in 1999. In 2002 Kerstin Andreae was first elected Member of the German Bundestag for the constituency of Freiburg. From then on, she was Member of the German Parliament for 17 years, holding various positions within the Alliance 90/The Greens Parliamentary Group. Among others, she was the economic policy spokesperson and vice-chair of the parliamentary group, responsible for coordinating the areas of economic, fiscal, financial, labour and social policies. 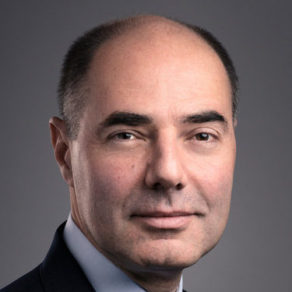 CEO MHI Vestas
since april 2018 Philippe Kavafyan is Chief Executive Officer of MHI Vestas. Most recently, Philippe has been Director in the Power Division of Mitsubishi Heavy Industries in France.
Read more 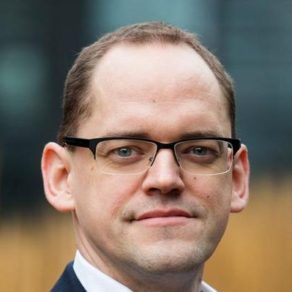 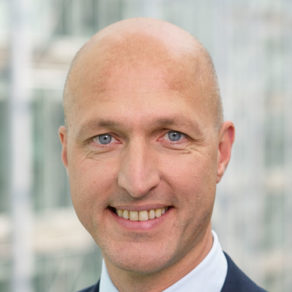 COO Offshore Wind, Member of the Board, bei RWE Renewables

Since October 2019 Sven Utermöhlen is COO Offshore Wind and Member of the Board of RWE Renewables. From April 2017 to September 2019, Sven Utermöhlen was COO and member of the Board of E.ON Climate & Renewables GmbH. He was responsible for E.ON’s entire Offshore Wind business, the European Onshore Wind business, and for the company’s Procurement and Technology & Innovation activities. The main focus was on offshore and onshore wind energy projects in Germany, UK, Scandinavia, Poland and Italy and future developments in other markets. Prior to this, Sven Utermöhlen was E.ON’s Director of Offshore Wind from February 2012 onwards. In this position, he was responsible for project development, construction and operation of all E.ON assets in the offshore wind sector.

Sven Utermöhlen studied geophysics. Prior employments included positions at Royal Dutch/Shell in the oil and gas business and as a strategy consultant for the Boston Consulting Group. 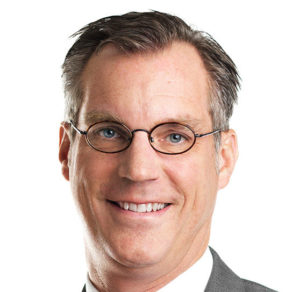 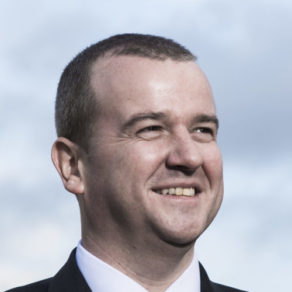 Jonathan is the Managing Director, responsible for the creation and running of Iberdrola’s Global Offshore Business.  He is responsible for the development, construction and operation of a pipeline of over 10,000MW of projects in the UK, US, Germany and France and the development of project pipeline in other areas.  Jonathan leads a team of over 400 professional staff and has overseen the growth of the business from its inception to a business running an investment programme in excess of €14Bn.

Jonathan has also acted as Chairman of a number of industry bodies, including the Global Offshore Wind Health & Safety Organisation, the UK Government’s Offshore Wind Programme Board and the Offshore Renewable Energy Catapult’s Industry Advisory Group. 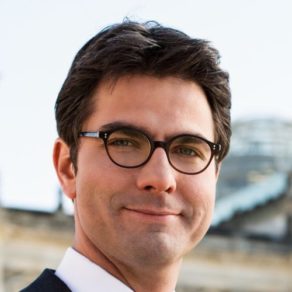 Member of the German Bundestag

Mark Helfrich was born on 8 September 1978. As the directly elected Member representing the constituency of Steinburg – Dithmarschen Süd, Mark Helfrich has been a Member of the German Bundestag since October 2013.

After obtaining his Abitur (higher-education entrance qualification) at the Auguste Viktoria-Schule in Itzehoe in 1999, he studied business administration in Göttingen. His first job after graduating, a position in the group internal audit department of the traditional Italian company Barilla, took him to Düsseldorf in 2004. Mark Helfrich returned to Schleswig-Holstein in 2005, since when he has held various controlling positions in the energy sector, including that of assistant to the management of natural gas distribution system operator, former Hamburg Netz GmbH. 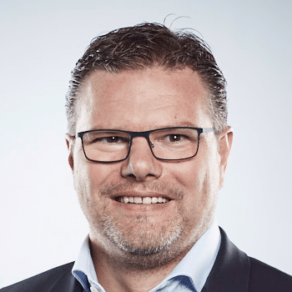 With a background in law and economics, Manfred started his business carrier as a Consultant for Arthur Andersen and Ernst & Young. He has worked in the Renewable Energy business for more than 15 years now and has held various leadership positions in stock listed companies.
From 2011 until 2018 Manfred was heading the Public & Regulatory Affairs department of DONG Energy A/S in Germany, today Orsted Germany. Orsted is one of the leading energy producers in northern Europe and the world market leader in deploying offshore wind. During his more than six years at Orsted Manfred was heavily engaged in the establishment and growth of their German offshore wind organization. He was supporting portfolio acquisition, Final Investment Decision as well as the construction and operation of a fleet of offshore wind farms. Between 2011 and 2018 Orsted acquired a portfolio of 8 offshore wind farms in German waters and took Final Investment Decisions on 3 German offshore wind projects with a total CAPEXVolume of more than 6 Bln €. Additional 3 German offshore wind farms successfully participated in the first German auction round.
As the company’s representative in Germany Manfred represented Orsted towards key stakeholders, such as politicians, senior civil servants as well as towards key authorities, Regulators, TSO’s and in Industrial Associations. He has established an extensive and active high-level network within the offshore industry. Since August 2019, Manfred is the Country Manager Germany for the Belgium offshore wind project developer and operator Parkwind N.V. Beside this role, he serves the World-Forum-Offshore-Wind as its Executive Vice President.

Since april 2020 Dr. Wei Chen is General manager of Ming Yang European Business & Engineering Center, Hamburg. He is set up the local team to support the growth of the MingYang business in Europe. From 12.2012 to 04.2020 he was Senior Project manager & Senior Engineer at DNV GL – Energy, Renewables Certification, Hamburg. From 02.2011 to 11.2012 he was Type testing engineer for wind turbines at UL-DEWI, Wilhelmshaven, Germany. 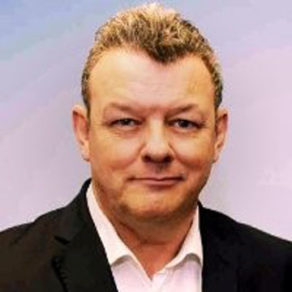 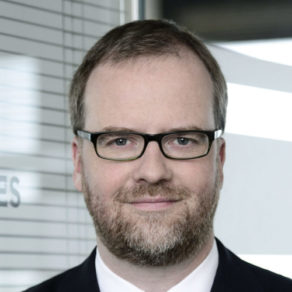 After studying law and completing his legal clerkship, in 2002 Tobias started his career as an in-house counsel and Head of Risk Management Central Europe at IPM/Bureau Veritas S.A. In 2006 he decided to continue as an independent attorney at-law and consultant and founded today’s CARNEADES group of companies. Due to his numerous assignments with international projects for leading engineering and construction corporations (various infrastructure projects like subways or power stations), he joined renewable energy industry more then ten years ago, with main focus on offshore wind and grid connections. Tobias serves as Co-Chairman of the Working Commission on International Construction Law of the German Lawyers Association and is a lecturer for international construction law with the Brunswick European Law School. Since 2020 he is chairman of the WFO Dispute Board. 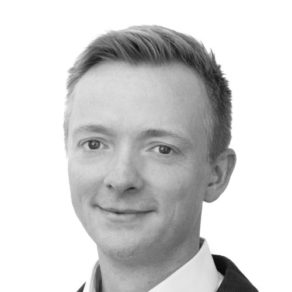 Udo joined Green Giraffe in 2015 and heads the Hamburg office.  Udo has advised on several sell-side and buy-side equity transactions as well as debt raisings and provided commercial contracting advice for projects at different development stages

He was the responsible project manager advising on the debt and equity raising for the TWB II offshore wind project (200 MW, Germany, 2017) as well as on several other projects, including Global Tech I (400 MW, Germany, ongoing), Bard Offshore I and Arkona. Udo recently led the transaction team advising on the development, structuring and sale of an offshore wind development portfolio of up to 1.5 GW in Poland to RWE and supervised an onshore wind portfolio valuation for a major wind turbine manufacturer.

Before joining Green Giraffe, he worked for 14 years in the export credit and infrastructure finance team of pwc where he advised investors, developers and industry players on several onshore and offshore wind projects as well as infrastructure and public private partnership projects globally.

Udo is 42 years old, married and has three kids. He holds a bachelor of business in finance of University of Technology, Sydney and graduated from Hamburg University in economics. 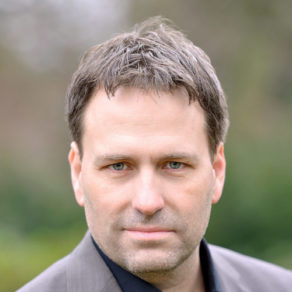 Consultant for offshore wind and hydrogen

The trained architect gained his first professional experience during and after his studies in London, Karlsruhe and Hamburg, initially in the environment of classical planning offices. After a few years as a trainer in professional competitive sports, his current occupation began in the consulting business, first in the logistics sector, then later in the energy sector, among others for Vattenfall.
“Jimmie” Langham has been working in the offshore wind sector in various advisory roles since 2012. He has supported his current client RWE Renewables to date, among other things in the scheduling of the Arkona wind farm, the dismantling of several measuring masts and also in the areas of energy policy, strategy and project development.
Currently, the German-American coordinates his customer’s activities around hydrogen and offshore wind and represents the company in the corresponding working groups, e.g. at the BWO.

mayor
Jörg Singer has been Mayor of Heligoland since 2011. He studied industrial engineering in Germany and the USA. He subsequently worked for various companies in the high-tech industry. E.g. Of Lufthansa.
Read more 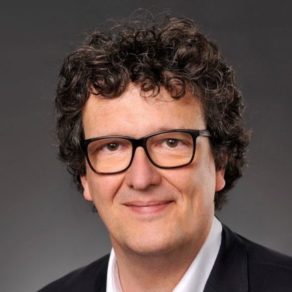